You are here: Home / Northern Harps LGFA - A New Lease Of Life Ballinameen and Elphin 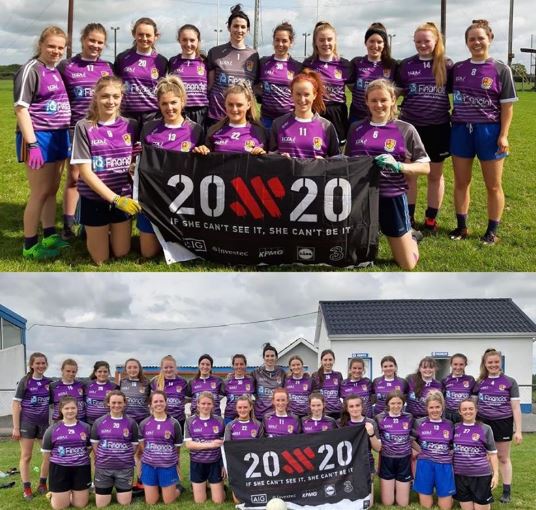 Northern Harps, one of Ireland’s newest LGFA teams played their first adult game on Tuesday night earning a well-deserved point after their draw with a very strong St Dominics side. The final score was 3-9 to 5-3 in the first round of the Junior Championship in Roscommon.

Northern Harps were formed in January of this year following an amalgamation between Ballinameen LGFA and neighbouring club Elphin LGFA as both clubs had been struggling with numbers, like many rural clubs, to field teams from underage up to Senior.

The club name and colours were voted on by all members present at the first AGM. Their crest of the windmill and Celtic cross respect the origins of both clubs together with the harp to represent new beginnings.

There have been many people involved in getting them off the ground and launching the new club.
All involved have a passion for football and encouraging women and girls in sport . A decision to amalgamate was never taken lightly but the overwhelming feedback from club members was that they wanted to continue to provide Gaelic football to all the ladies and children in their communities and so Northern Harps was born!