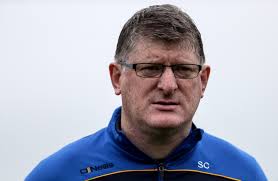 TG4's brilliant LAOCHRA GAEL - Get the date in your diary!! Roscommon LGFA Shane Curran - Current Development Officer Features following his career with Roscommon GAA. A must watch!!
Shane Curran  –  9.30pm , Thursday 28th January
Shane turned his back on a lucrative soccer career, and so Gaelic Football followers got to enjoy one of the games great characters. Whether he was causing chaos as with a controversial penalty or literally spilling his own blood as Roscommon captain, you couldn’t keep your eyes off “Cake”. Behind the antics was a deadly serious competitor, the prototype of the modern playmaking goalkeeper, who warmed the hearts of the nation when he finally won his All Ireland medal with his club at the age of 40.

TG4’s Head of Sport, Rónán Ó Coisdealbha said:  “TG4 are very proud to be broadcasting another great series of Laochra Gael which marks the great achievements and stories that our Gaelic Games legends have to tell.  This is the beginning of the nineteenth series of Laochra Gael which aired on TG4 for the first time in 2001 and it has continued as a long standing and popular part of our schedule bringing these amazing stories to viewers in Ireland and all over the world. I wish to thank all the participants who took part, their families, Nemeton TV, GAA, LGFA, Camogie Association and everyone in the extended Gaelic Games family for all their assistance in making this series happen in such a challenging year.”

Twelve outstanding Gaels. Twelve remarkable personal stories.  The series is produced by NemetonTV, the independent production company from An Rinn in the Waterford Gaeltacht which has produced much of TG4’s acclaimed sports coverage.

The new Laochra Gael season will air on TG4 at 9:30pm on Thursday evenings starting on Thursday 7th January.