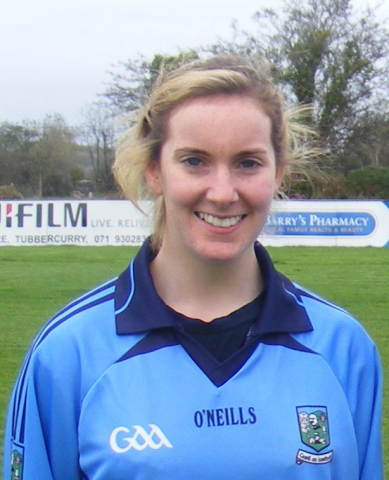 Club: Western Gaels County: Roscommon Position: Centre- half back Occupation: Law Student Ladies Gaelic Football Achievements: I was part of the Western Gaels Minor Football team which won the Roscommon County Final in 2005, the Junior Ladies team which won the Junior B Championship in 2005 and in 2006 and was awarded Player of the Match in the 2006 final. Represented County Roscommon at Under 16 and Minor level. Toughest opponent: Aoife Freyne When did you start playing Ladies Gaelic: At under 12 level High point of your career to date: Captaining Junior B County Championship winning team in 2005. Biggest Disappointment: Losing Junior A County Final in 2010 by a point in extra-time after a replay. Favourite Player: Female: Martina Freyne Male: Seanie Mc Dermott Most embarrassing moment on or off the football field: My motto is â€œif you donâ€™t remember it, it never happenedâ€! Favourite Food: Roast chicken, mash, chips, veg., and extra gravy from Durks! Nickname: Emo Favourite Ground: Hyde Park Favourite Ladies Gaelic Football Skill: Blocking Person you would most like to meet: Katherine Lynch a.k.a Sheila Shic! One rule you would change in our game: I would increase the number of substitutions allowed in a game. Influences on your career: Club mentors at Western Gaels!