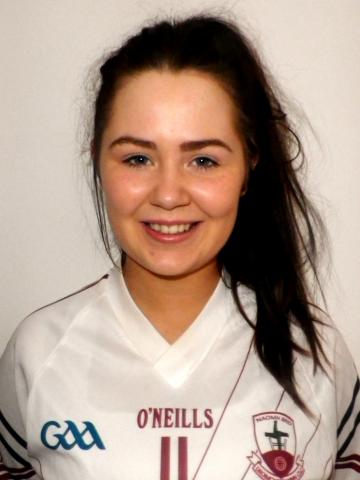 Captain Profile Name: Michelle McNama Club: Drumkeerin GAA Position: Full Back Age: 20 Ladies Gaelic Football Achievements Captain of the u12 girls winning County and Connacht finals in community games. Captain of u14 ladies winning the 9 a-side final and mixed u14s 15 aside league champions, Captain of the u16 ladies winning the 9 aside championship in 2010 along with Junior B champions. Captain of Lough Allen College schools team in which we were runners up in the Connacht final (county) U14 winners of the All Ireland Division 3 Blitz in 2008 Minor runners up in Connacht B final in both 2011 and 2012. Captain of Junior A Championship and league winners in 2013. Toughest opponent: Roisin Fowley When did you start playing Ladies Gaelic: u10s High point of your career to date: Winning the double in 2013 Biggest disappointment: Losing Intermediate final Favourite Player: Female:Shauna Clancy Male: Paul Galvin Most embarrassing moment on or off the field: Favourite food: Pizza Nickname: Mc Favourite ground: Tuam Stadium Favourite ladies gaelic football skill: Blocking, Intercepting Person you would most like to meet: One rule you would change in our game: Sin Bin Influences on your career: Managers, family and friends.